Under a recent decision by the Supreme Court of New Jersey, businesses can pursue contribution claims under the Spill Compensation and Control Act (Spill Act) prior to the conclusion of the New Jersey Department of Environmental Protection’s (NJDEP) enforcement efforts. 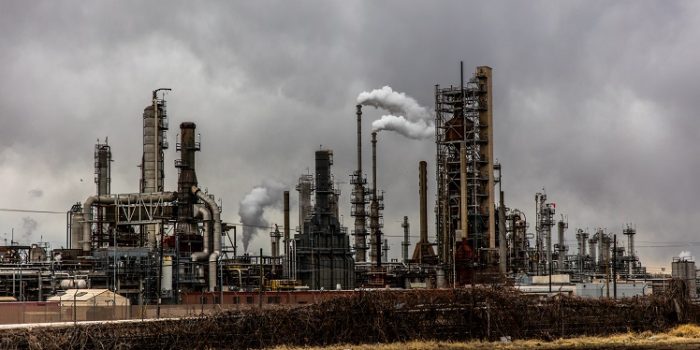 Photo by Patrick Hendry on Unsplash

Under a recent decision by the Supreme Court of New Jersey, businesses can pursue contribution claims under the Spill Compensation and Control Act (Spill Act) prior to the conclusion of the New Jersey Department of Environmental Protection’s (NJDEP) enforcement efforts.

In Magic Petroleum v. ExxonMobil, the specific question before the court was whether the doctrine of primary jurisdiction, under which the court declines original jurisdiction and refers specific issues to the appropriate administrative body, applies to Spill Act contribution claims.

In 2003, the NJDEP sued Magic Petroleum, Inc. (Magic) for the costs of remediating hazardous material on property owned by the company. Although Magic maintained that other parties contributed to the contamination, Magic was held liable for all of the cleanup expenses pursuant to the DEP’s determination that Magic was a discharger.

During the course of the NJDEP proceedings, Magic filed a claim for contribution under the Spill Act, alleging that Exxon Mobil Corporation (ExxonMobil) and several other parties were partly responsible for the remediation costs. The trial court dismissed Magic’s claim based on the doctrine of primary jurisdiction, concluding that the contribution claim could only be filed following complete remediation of the site.

The Appellate Division affirmed. It concluded that the NJDEP was in the best position to identify the extent of the contamination, analyze the extent of the discharge and devise a cleanup strategy; therefore, any claims for contribution should await the agency’s approval of a remediation plan.

The Spill Act prohibits the “discharge” of “hazardous substances” into the environment and provides for the cleanup of that discharge. In addition, the Spill Act imposes strict liability and mandates that all dischargers are jointly and severally liable. Accordingly, the NJDEP may collect the entire amount of cleanup costs from one discharger, even when that party was only partially responsible for the spill.

Pursuant to the Spill Act, dischargers ordered by the NJDEP to pay for the entirety of cleanup costs may seek contribution from other responsible parties. In addition, courts are given liberal discretion to “allocate the costs of cleanup and removal among liable parties using such equitable factors as the court determines are appropriate.”

The New Jersey Supreme Court disagreed with the lower courts. It unanimously held that “the Spill Act gives the court, not the DEP, jurisdiction over contribution claims.”

Accordingly, property owners or other responsible parties may file contribution claims in Superior Court, and a court may allocate liability before the final resolution of a site remediation plan by the DEP. The justices further ruled that the trial court may assign liability based on evidence presented at trial, but may not be able to issue a final damages award.

“Because the DEP may join a party at the onset of a claim, prior to determining the full extent of the contamination, it follows that a private entity is granted that same right to hold a responsible party accountable through a contribution claim,” Justice Faustino Fernandez-Vina explained. “To deny this right would be fundamentally unfair, especially when the contributing plaintiff could be liable for a substantial amount of the cleanup costs, even when not entirely, or even substantially, responsible for the contamination.”

If you have any questions about the NJ Supreme Court’s decision or would like to discuss how it may impact your company, please contact me, Ken Hollenbeck, or the Environmental and Land Use attorney with whom you work.

Kenneth J. Hollenbeck is a member and former Chair of the firm’s Environmental and Land Use Law Group and a member of its Business Law Group.Full Biography >>