Five years after its passage, the Affordable Care Act is still undergoing minor tweaks. The latest change is good news for small businesses. 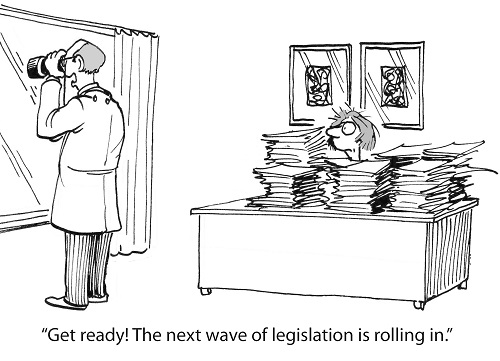 Five years after its passage, the Affordable Care Act is still undergoing minor tweaks. The latest change is good news for small businesses.

Earlier this month, President Barak Obama signed the “Protecting Affordable Coverage for Employees Act of 2015,” otherwise known as the PACE Act. The new law redefines the term “small” employers with respect to determining whether employers must provide health coverage for their employees within the Affordable Care Act.

The definition is important for Affordable Care Act compliance because large and small employers are treated very differently under the Affordable Care Act. Health insurance offered in the small group market must meet certain requirements that do not apply to the large group market, including the requirement to cover ten “essential health benefits” and provide plans that plans that fall into the actuarial value levels (platinum, gold, silver, and bronze) established by the Affordable Care Act. These requirements, along with several others, have made purchasing insurance more costly for small employers.

The PACE Act curtails the expansion of the definition of “small employer” under the Affordable Care Act. Instead, it authorizes states to define the small employer market within their jurisdiction for employers of up to 100 individuals. According to the Congressional Budget Office, the new law will result in a net reduction in health premiums for insurance purchased by firms with between 51 and 100 employees.

Most states, including New Jersey, elected to delay the expansion of the definition of “small employer” through 2016. Accordingly, the state is expected to continue to define small employers as those with less than 50 workers. The path forward for states like New York, which already adopted the expanded definition, is less clear.

About Author Charles A. Yuen

Charles Allen Yuen is a Partner and member of the firm’s Litigation Practice Group. He serves as Chair of the firm’s policyholder-oriented Insurance Recovery and Liability Group. Mr. Yuen has extensive experience in contract law and related disputes. He has worked on complex multijurisdictional insurance and reinsurance coverage lawsuits and major cases involving alleged breaches of joint venture, executive employment, and franchise agreements.Full Biography >>