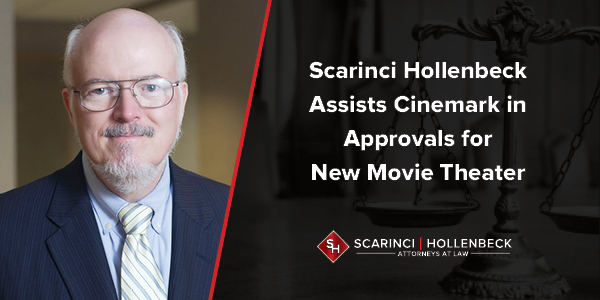 Scarinci Hollenbeck successfully secured land use approvals on behalf of Cinemark Theatres for its new location that recently opened in Watchung, NJ. Cinemark Theaters, which is currently the third-largest chain of movie theaters behind AMC Theatres and Regal Cinemas, opened its new location off Route 22 where the Watchung Sears used to be located. The ten-screen theater will feature state-of-the-art amenities including reclining, temperature adjustable chairs for moviegoers as well as an auditorium which features Cinemark’s “XD premium large format”. This location will be the third Cinemark multiplex theater in New Jersey, with a fourth set to open in Wayne, NJ late Summer 2019.

Patrick J. McNamara, Partner in the firm’s Environmental & Land Use practice, represented Cinemark in its application to secure approval to build the theater.