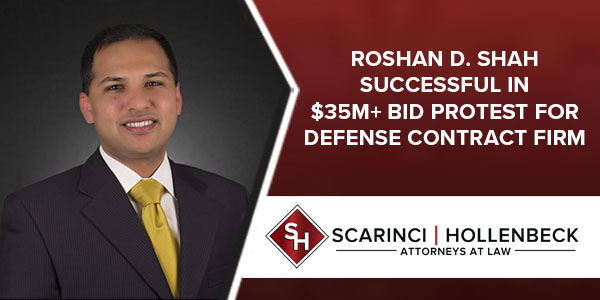 Lyndhurst, NJ, September 13, 2018 — Scarinci Hollenbeck successfully represented AASKI Technology, Inc. ("AASKI") in a bid protest before the Government Accountability Office (GAO), preserving the company’s award to provide technical support services to the U.S. Army. BANC3, Inc., the current incumbent, protested the award, challenging the agency’s evaluation of proposals. On September 10, 2018, the GAO rejected BANC3’s protest and upheld the award to AASKI, clearing the way for the Tinton Falls contractor to begin work on a $35+ million Department of Defense contract.

RFP Issued by the Army

On August 23, 2017, the Army issued an RFP to provide all personnel, supplies, and services necessary to perform research and development in support of the United States Army Communications-Electronics Research, Development and Engineering Center (CERDEC), Command Power and Integration (CP&I) Directorate. The RFP contemplated an award based on the best-value tradeoff methodology using the following factors: technical, past performance, and cost/price. On June 7, 2018, the Army awarded the contract to AASKI.

BANC3, Inc. protested, arguing, among other things, that the Army improperly found its proposal to be technically unacceptable. BANC3 later filed a supplemental protest arguing that AASKI and the second-place offeror should have been disqualified because they failed to submit the proper number of resumes for Key Personnel. AASKI intervened in the protest.

For the full decision, see Matter of BANC3, Inc. 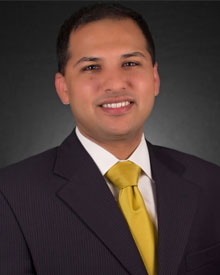 Roshan D. Shah is a distinguished litigator and trial attorney. Mr. Shah has successfully tried cases to juries in federal and state courts, and administrative agencies. Additionally, Mr. Shah has experience litigating bid protests on behalf of clients before the Government Accountability Office (GAO). This type of litigation involves challenging contract awards, their exclusion from the competitive range, and assisting clients who in retaining awarded contracts. Among his many honors and awards, he was named one of the New Jersey Law Journals New Leaders of the Bar for 2016. In 2015, he was awarded the New Jersey Attorney General’s Award for Trial Excellence.
Email: rshah@sh-law.comPhone: 201-896-7173