Scarinci Hollenbeck Wins in Bid Protest before the GAO

HOMEFIRM NEWSCONGRATULATIONSScarinci Hollenbeck Wins in Bid Protest before the GAO 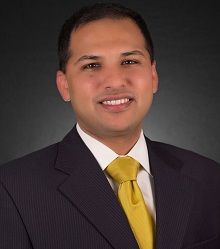 Scarinci Hollenbeck Wins in Bid Protest before the GAO

RTEP Issued by the Army

A Request for Task Execution Proposal (RTEP) was issued by the Army under the Rapid Response Third Generation (R2-3G) multiple award contract. The solicitation stated that an award would be made on a lowest price technically acceptable (LPTA) basis. It also stated that the offerors would be evaluated on three factors: technical, cost, and cost control factors. The technical evaluation factor consisted of five subfactors, including key personnel. To satisfy the key personnel subfactor, offerors were required to submit resumes for 11 key personnel positions.  The resumes needed to show that each proposed candidate met the criteria established by the R2-3G base labor categories and the Performance Work Statement.

After evaluating the proposals, the Army awarded the contract to AASKI. The Army held that although URS' proposal was lower in cost, it failed to submit a suitable candidate for one of its 11 key personnel positions, namely the position of Senior Analyst for the Explosive Ordinance Disposal (EOD) program. The Army found that URS’s proposed candidate lacked EOD-specific training or experience. URS filed a bid protest with the GAO, arguing that EOD specific training or experience was not required under the terms of the solicitation. URS argued, in the alternative, that the Army unreasonably evaluated its candidate. They stated that certain key aspects of the candidate's training were ignored by the Army.

After two rounds of briefing from the Army, URS and AASKI, the GAO denied URS’ bid protest. The GAO found that the RTEP sufficiently placed URS on notice that its proposed candidate needed to demonstrate knowledge of the EOD program. In light of this, the Army did not apply an unstated criterion.  The GAO also found URS’ contention that its proposed candidate met the requirements based on his experience with counter-IEDs and the Army to be unpersuasive. The GAO pointed out that URS conceded its candidate had no specific EOD training or experience. Thus, they determined that URS’ argument amounted to “no more than mere disagreement with the [Army] and provides no basis to question the reasonableness of the [Army’s] evaluation.”

About Roshan D. Shah
Roshan D. Shah is a distinguished litigator and trial attorney Mr. Shah has successfully tried cases to juries in federal and state courts, and administrative agencies. Among his many honors and awards, he was named one of the New Jersey Law Journals New Leaders of the Bar for 2016. In 2015, he was awarded the New Jersey Attorney General’s Award for Trial Excellence.