Caruso Interviewed to Discuss Next Steps for Donald Sterling 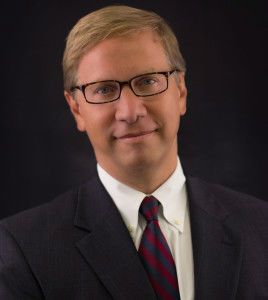 Sterling appeared on Cooper’s show on CNN and broke down in tears as he apologized for his recent racial comments.  He also, surprisingly, took some shots at Magic Johnson.  Mr. Caruso commented that “Sterling made several mistakes in his crisis management approach.  We advise our clients to never delay in getting your message out to the public, and to do so in a professional and well planned manner.” Caruso continued, “Despite other commentary to the contrary, the NBA owners can force him to sell the team and do not have to allow his spouse to remain as the owner.” To view the entire WPIX11 televised interview use this link: http://pix11.com/2014/05/13/discussing-donald-sterlings-apology/#axzz31bYVXSE7.

Anthony R. Caruso is uniquely positioned to comment on such a high profile case, due to his extensive experience in entertainment controversies. As a prominent sports, media, & entertainment attorney based in the New York City / New Jersey area, he previously gained international attention in his representation of Miss New Jersey 2007 regarding a blackmail situation over Internet photos. Mr. Caruso provided all legal counseling and negotiations, strategy, media supervision, and crisis management in that case.

He is often asked by national television and radio broadcasts -- including NBC, FOX, MSNBC and E! News -- to offer his legal insight into sports and entertainment issues. Recently, Mr. Caruso has discussed the Donald Sterling situation, concussion concerns in the NFL, contract re-negotiations for talented rookie athletes, and Major League Baseball’s arbitration decision involving New York Yankee slugger Alex Rodriguez. He has also provided analysis for entertainment issues, such as the various, recent Justin Bieber incidents. Mr. Caruso is a Partner of the Law Offices of Scarinci Hollenbeck and Chairs their Sports, Media and Entertainment Law Group. He also currently serves on the adjunct faculty at NYU, where he teaches sports and entertainment related courses.

Mr. Caruso is known for his work with advising reality television programs. For more information on upcoming reality shows and other sports and entertainment related news, follow Anthony R. Caruso on his blog, www.sportsentertainmentattorney.com or at his twitter, @njnymedialaw.