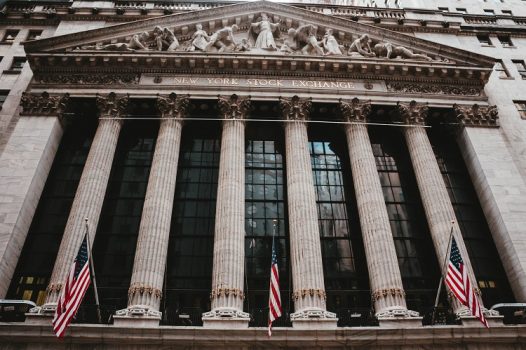 Photo by Aditya Vyas on Unsplash

Rule 202.06 previously required listed companies to notify the NYSE at least ten minutes in advance of releasing material news if such release will take place shortly before the opening of trading or during market hours. The newly amended rule requires companies to comply with the Material News Policy between 7:00 a.m. and 4:00 p.m. Eastern Standard Time (EST). “Although trading on the Exchange does not begin until 9:30 a.m., the Exchange believes that material news released between 7:00 a.m. and 9:30 a.m. has the potential to cause volatility in both price and volume during pre-market trading that occurs on other market centers as well as once trading opens on the Exchange,” the NYSE’s rule proposal stated.

When a listed company releases material news during the course of the trading day, the NYSE typically halts trading temporarily to ensure full dissemination of the news. As highlighted by the NYSE, while trading on the Exchange does not begin until 9:30 a.m. EST, trading begins on NYSE Arca Equities, Inc., the Nasdaq Stock Market and other national securities exchanges at 4:00 a.m. EST. When the Exchange implements a regulatory trading halt to allow for the release of material news, other national securities exchanges that trade Exchange-listed securities also halt trading in that security until the Exchange lifts the halt.

Under the amended NYSE Listed Company Manual, between 7:00 a.m. and the opening of trading, the NYSE may implement a regulatory halt in circumstances where (i) the listed company has informed Exchange staff that it intends to make a public announcement of material news, and (ii) the listed company requests that trading in its listed securities be halted pending dissemination of the public announcement.

The new rules also reflect the NYSE’s concerns that material news released immediately after 4:00 p.m. EST can interfere with the closing process. Although trading on the NYSE stops at 4:00 p.m., the order book for each listed security is manually closed by the security’s Designated Market Maker (DMM), a process that can take several minutes before the closing auction is completed. Because trading continues on other exchanges, if a listed company releases material news immediately after 4:00 p.m., there can be significant price movement on other markets when compared to the last sale price on the Exchange. As a result, a DMM can be executing trades at the NYSE closing price while the same security is simultaneously trading on other exchanges at a very different price.

To help avoid confusion to investors, Rule 202.06 now includes advisory text requesting that a listed company intending to release material news after the close of trading on the NYSE wait until the earlier of the publication of its security’s official closing price on the Exchange or 15 minutes after the scheduled closing time on the Exchange.

The NYSE requires companies to release material news by the fastest available means. However, the recommended methods set forth in the previous rule were outdated. Accordingly, the amendment requires that companies must release the material news to the market by either (i) including the news in a Form 8-K or other SEC filing, or (ii) issuing the news in a press release to the major news wire services, including, at a minimum, Dow Jones & Company, Inc., Reuters Economic Services and Bloomberg Business News.