In a touch of irony not lost upon the court, a recent Opinion has determined the method of notice to be utilized to advise class members of a pending class action matter. 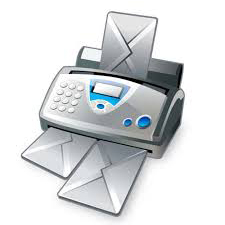 In a touch of irony not lost upon the court, a recent Opinion has determined the method of notice to be utilized to advise class members of a pending class action matter.

The case, City Select Auto Sales, Inc. v. David Randall Associates, Inc., et al., before the United States District Court for the District of New Jersey, involves a class action suit brought pursuant to the Telephone Consumer Protection Act (“TCPA”), 47 U.S.C. §227.  Among other things, the TCPA prohibits “unsolicited advertisements” sent via facsimile, except under specific enumerated situations.  The statute provides a private cause of action for the greater of actual monetary loss or $500.00 per violation.  Thus, in the present instance, where the defendants purportedly sent unsolicited fax advertisements to some 29,000 recipients, the damages could be substantial.

The court had previously certified the class, and there was no dispute as to the substance of the notice to be sent by the plaintiff to the 29,000 class members.  The only remaining question concerned the method of notification.  Fed. R. Civ. P. 23(c)(2)(B) provides that “[f]or any class certified under Rule 23(b)(3), the court must direct to class members the best notice that is practicable under the circumstances, including individual notice to all members who can be identified through reasonable effort.”  The method determined by the court to be most appropriate (drum roll!!):  faxes.  Moreover, there exists the real possibility of multiple fax transmissions to the class members, with U.S. mail to be utilized only in the event that three separate facsimile attempts have been unsuccessful.  The TCPA was adopted, in part, to reduce the amount of unsolicited faxes sent out by businesses.  Nevertheless, and despite defendants’ protest that sending the notices via fax “would compound the injury,” the court concluded that under the circumstances facsimile delivery would be the most practicable.

Also notable was the court’s observation that court notices are not covered by the TCPA.

Dennis C. Linken practices in communications regulatory law, with clients in the cable television, telephone, and cellular telephone industries. He regularly appears before the New Jersey Board of Public Utilities and municipalities throughout the State.Full Biography >>