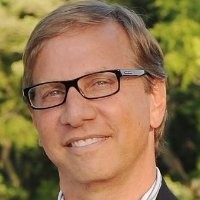 New York, NY – May 5, 2015 – NFL Agent Anthony R. Caruso, Esq., has announced that three (3) recent college graduate players under his representation have committed to NFL rookie minicamps this weekend. Josh Bordner from Boston College, Dominique Williams from Boston College, and Takari Johnson from Concordia University are expected to be practicing this weekend throughout the NFL.

Caruso has been an NFLPA Certified Contract Advisor (NFL Agent) on and off again since 1995, and has recently returned to the ranks of NFL Agent just a few months ago. “It certainly didn’t give me much time to recruit college players, as most NFL agents are tracking their target players for years”, Caruso says. “I was able to recruit three (3) solid student athletes. Although not highly ranked by most scouting services, and in an extremely competitive 2015 Draft pool, all three players are nevertheless going to NFL camps. I am very pleased and looking forward to next year when I will have much more recruiting time.”

Caruso is a Business Attorney with a heavy emphasis on corporate transactions, sports law and entertainment law. He appears regularly on major television networks and radio stations, and is routinely requested by the media for his advice and views on current legal issues. He is an adjunct college professor and currently teaches sports law and business law courses at NYU.