Lyndhurst, NJ, July 22, 2014 - Scarinci Hollenbeck congratulates Christine M. Vanek, our partner, colleague, and friend, on her appointment as a Judge of the Superior Court of Hudson County. 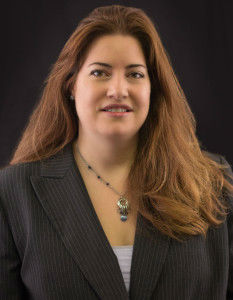 Lyndhurst, NJ, July 22, 2014 - Scarinci Hollenbeck congratulates Christine M. Vanek, our partner, colleague, and friend, on her appointment as a Judge of the Superior Court of Hudson County.

“Christine's contributions to the communities she has served during her time at Scarinci Hollenbeck are immeasurable.  She will be greatly missed by her colleagues and her clients.  We wish her great success serving a broader community as a judge of the Superior Court,” commented Managing Partner Donald Scarinci.

Christine has worked for Scarinci Hollenbeck since 2000 and has been a vital, distinguished member of the State of New Jersey Legalized Games of Chance Control Commission since 2004. The New Jersey Law Journal previously included Ms. Vanek in its annual “40 under 40” list, an honor bestowed upon a select group of 40 young, exceptional attorneys in private practice across the State.

Prior to becoming an attorney, Christine M. Vanek was employed in municipal government for ten years and held various municipal positions, including two appointments as Municipal Clerk for a municipality in Bergen County and was licensed as a Registered Municipal Clerk. Ms. Vanek concentrated her practice in civil litigation ranging from a wide variety of business/commercial litigation issues to a broad spectrum of public entity litigation. In addition, Ms. Vanek has handled a wide range of emergent matters for both private and public clients which include the filing of and responding to Orders to Show Cause for injunctive relief. Her practice afforded her the opportunity to appear before both state and federal courts as well as various administrative tribunals on both the trial and appellate levels.

Ms. Vanek’s public sector litigation experience is vast and included both prosecuting and defending actions on behalf of municipalities, public employees, and school boards. She has litigated numerous cases involving the New Jersey Tort Claims Act as well as civil rights actions involving 42 U.S.C. 1983 and the New Jersey State Constitution. Ms. Vanek was special litigation counsel to the Construction Code Department of a municipality and in that role handles countless matters involving the enforcement of the Uniform Construction Code on a pre-suit basis as well as in Superior Court and before the county Construction Board of Appeals.

In addition, Christine worked with many of the firm’s public clients as counsel to the municipal corporations advising them in a wide range of areas that arise in their day to day operations. For over ten years, Christine has been the point person for Union City, a public entity client that is the most densely populated urban City in the United States and, in that capacity, dealt with a wide variety of municipal issues each and every day. She also coordinated with outside counsel and counsel for other municipal boards with regard to overlapping functions on a daily basis.

Ms. Vanek’s ceremonial administration of the oath of office as a Judge of the Superior Court of New Jersey will occur on July 25, 2014 at the Brennan Courthouse in Jersey City, New Jersey.