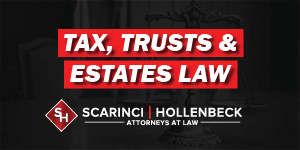 After finding some success in pressuring Deerfield, Illinois-based Walgreens not to invert, Sen. Dick Durbin has set his sights on another multinational in his home state.

The Senator sent a letter to the CEO of Lake Forest, Illinois-based Hospira on Aug. 14, urging them not to undergo a corporate inversion, according to The Chicago Tribune. An inversion is the process of acquiring a smaller, foreign company, merging the two companies and then using the opportunity to re-domicile abroad. This often allows companies to enjoy a significantly smaller tax burden and spend any money from foreign profits that it has held abroad in foreign subsidiaries.

"I strongly urge you and the Board of Directors not to duck your corporate responsibility by moving overseas to dodge paying U.S. taxes," Durbin wrote in the letter to CEO Michael Ball, according to Crain's Chicago Business. "A significant portion of Hospira's revenue comes from U.S. taxpayers and depends on U.S. taxpayer-funded support."

In discussing money from U.S. taxpayers, Durbin was referring to technologies purchased through taxpayer-supported programs, like injectable drugs and infusion tech, according to the news source. Programs like the Veterans Health Administration and Medicare have "contributed to Hospira's corporate success."

Some critics have accused Durbin and other Democrats of making corporate inversions an election issue in response to growing public awareness of and frustration with the practice. Crain's Chicago Business also noted that, while Durbin appears to have been successful in blocking Walgreens from moving abroad by publicizing the issue, Hospira has less to lose in the game of public opinion, as it isn't a consumer brand.

Durbin helped to introduce the "No Federal Contracts for Corporate Deserters Act" recently, which would bar companies that undergo an inversion from receiving federal defense contracts. Such a bill might be effective in some cases, but is unlikely to pass before the November election.

As tax attorneys I've analyzed the approach Senator Durbin has been taking in regards to corporate tax inversion. If you would like to read more, here are a few my previous posts on the subject.