Internet piracy is a highly controversial part of the entertainment law world. 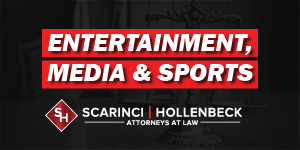 <strong>Internet piracy is a highly controversial part of the entertainment law world.</strong>

This isn't helped by the fact that the rules seem to change almost as fast as the technology used to download films and music do.

Just last week, a full, DVD-quality copy of The Expendables 3 hit the Internet almost three weeks before the film was set to release in theaters. This could very well turn out to be the single most expensive case of digital piracy to date. Let's take a look at how this case might play out.

Counting Up the Cost

The Expendables 3 is a summer action blockbuster with a cast of stars that few other films can even think of matching. Between the compensation packages for Sylvester Stallone, Harrison Ford, Jackie Chan, Nicolas Cage, Wesley Snipes, Arnold Schwarzenegger, Jason Statham, Mickey Rourke and numerous others - it shouldn't be surprising that the film had a massive budget that reportedly broke $90 million. The first two films grossed a combined $574 million worldwide, and the third installment was expected to do almost as well.

All of this changed when a DVD-quality copy was released to the public.

Online piracy is generally more of an annoyance for the film industry than it is a serious drain on profits. A substantial portion of a movie's profit derives from ticket sales, and while so-called "cams" allow pirates to watch a low-quality version of a movie in theaters (usually taken with a handheld camera), the majority of fans would rather shell out the money to get a high-quality experience. By the time a good-quality copy of a film is available for illegal downloading, films are usually no longer in theaters anyway.

As of July 28, however, The Expendables 3 had already been downloaded 500,000 times. While there's no way to calculate how many of those viewers would have paid to see the film in theaters, some crude math comes out to at least $4 million in lost profit, assuming $8 per ticket.

Though the No Electronic Theft Act of 1997 allows for the prosecution of anyone who violates the copyright of materials worth more than $1,000 in a six-month period, including by the receipt of said material, The Motion Picture Association of America has generally preferred to avoid the pursuit of individual downloaders in recent years. Instead, it has worked to shut down and prosecute sources of widespread piracy, like The Pirate Bay or Megaupload. However, Nu Image, the production company behind The Expendables series, has made an attempt to sue downloaders of its movies in the past, including those who downloaded The Expendables.

The pseudonymous nature of the Internet and the BitTorrent sites used by most piraters makes prosecution of these users difficult, as do rulings that limit copyright holders' power to pursue these piraters. For example, a U.S. judge recently ruled that an IP address is not enough to positively identify a downloader. If Nu Image was to identify a large group of downloaders, however, or could find those responsible for leaking the film, they might be able to sue for actual financial losses. Given the controversy and politicization surrounding these cases in recent years, it would be difficult to predict the ruling in such a case.

If you have come across an instance where you have been affected by cyber attacks or digital piracy. Find out more information on this subject from the cyber and data protection attorneys at Scarinci Hollenbeck.