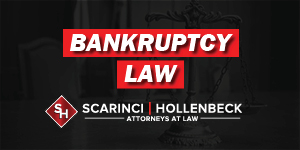 Syncora Holdings, one of the holdout creditors in the Detroit bankruptcy filing, could face sanctions for its conduct in the case.

Judge Steven Rhodes must decide this week whether he will sanction the company or allow its objection to the so-called "grand bargain," which is crucial to the city's restructuring plan, according to WXYZ. Syncora is a bond insurer, and stands to lose hundreds of millions in the bankruptcy.

Syncora lawyers stated that the mediators in the Detroit bankruptcy gave "naked favoritism" to the city's pensioners and the Detroit Institute of Arts over them and other financial creditors, according to the news source. The grand bargain spins off the DIA into its own separate entity. In exchange, interested parties will give $816 million to soften pension cuts for fire, police and civil retirees in the city.

In their filing, Syncora attorneys said that the grand bargain was, "the product of agenda-driven, conflicted mediators who colluded with certain interested parties to benefit select favored creditors to the gross detriment of disfavored creditors and, remarkably, the city itself," according to The Detroit Free Press.

Experts watching the case expressed surprise that Syncora made public allegations that mediators are violating judicial codes of conduct and conspiring to achieve politically motivated goals, the news source explained. These are serious charges, and as a result, the creditors lawyers could face fines or other sanctions should Rhodes determine that the team is attempting to "sandbag" the deal.

Syncora's interest in the Chapter 9 bankruptcy stems from a deal that it and fellow bond insurer Financial Guaranty Insurance Co. made with the city in 2005, The Free Press explained. The companies guaranteed payments on a $1.4 billion debt deal under Mayor Kwame Kilpatrick, in which the city attempted to eliminate its unfunded pension liabilities. Detroit now argues that the deal was illegal and should be discarded.

As a creditors' rights and bankruptcy attorney, I have written about Detroit's bankruptcy. If you want to get the full story of the current state of Motor City. Check out some of my previous posts: