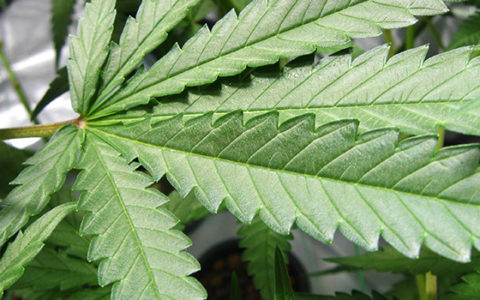 Legalizing, taxing, and regulating marijuana presents a wealth of opportunities for New Jersey businesses. While the state officially legalized marijuana for medical use in 2010, the program has been slow to get off the ground; in large part due to the onerous requirements placed on patients, doctors, and treatment centers. Several bills regarding marijuana legalization currently pending before the New Jersey Legislature aim to lessen the restrictions on medical and recreational use. Below is a brief summary of the legislation still under consideration.

The most controversial piece of legislation would legalize possession and personal use of small amounts of marijuana for persons age 21 and over. Of particular interest to New Jersey businesses, the bill would also legalize the retail sale of small amounts of marijuana to consumers, provided the business has obtained a valid license. Cultivating, processing, repackaging, storing, transporting, displaying, transferring or delivering marijuana or marijuana products would also be decriminalized. The legislation establishes a tax levied upon marijuana sales at a rate equivalent to the rate established under the "Sales and Use Tax Act."

The legislation amends the New Jersey Compassionate Use Medical Marijuana Act to provide that a registered qualifying patient’s authorized use of medical marijuana is to be considered equivalent to using any other prescribed medication and not the use of an illicit substance that would otherwise disqualify a qualifying patient from needed medical care, including organ transplantation.

The bill establishes the cultivation or production of marijuana for medical use as an agricultural activity and a generally accepted agricultural operation or practice protected by the “Right to Farm Act.” It also authorizes marijuana to be cultivated on preserved farmland, provided that it is produced exclusively for medical use and there is a 24-hour, seven-days-a-week manned security presence on the property.

The legislation authorizes medical marijuana for treatment of dysmenorrhea, which is pain associated with menstruation.

The bill revises the requirements to serve as primary caregiver to a qualifying patient who is a minor under the New Jersey Compassionate Use Medical Marijuana Act.

The bill makes several revisions to the New Jersey Compassionate Use Medical Marijuana Act, including permitting patients to access medical marijuana in any quantity, form, strain, or potency appropriate to the patient’s treatment needs, mandating the promulgation of standardized dosage units, and authorizing the registration of secondary caregivers to assist qualifying patients with the medical use of marijuana in schools and at certain facilities.

The resolution states that certain regulations promulgated by the Department of Health (DOH) to implement the New Jersey Compassionate Use Medical Marijuana Act are not consistent with the intent of the Legislature. ACR 149 specifically notes that requiring physicians to register with DOH has resulted in a shortage of physicians available to authorize medical marijuana, as many physicians are reluctant to have their names appear on a public registry. The resolution also highlights that requiring the approval of three health care practitioners unduly restricts access to medical marijuana for minor patients. It also addresses that lengthy process required for the approval of new medical conditions for medical marijuana.

What lies ahead for these bills?

Given Gov. Chris Christie’s resistance to marijuana legalization efforts, the passage of many of the bills is uncertain. However, Gov. Christie recently signed a bill that adds post-traumatic stress disorder (PTSD) to the list of conditions eligible for the medical marijuana program. We are closely tracking the status of all the proposed bill and encourage readers to check back for updates.

This article is a part of a series that is covering medical marijuana in New Jersey and the potential of its legalization for recreational use. For more on this topic, check out:

Otherwise, if you have any questions or would like to discuss the matter further, please contact me, Dan McKillop, at 201-806-3364.

Disclaimer: Possession, use, distribution, and/or sale of cannabis is a Federal crime and is subject to related Federal policy. Legal advice provided by Scarinci Hollenbeck, LLC is designed to counsel clients regarding the validity, scope, meaning, and application of existing and/or proposed cannabis law. Scarinci Hollenbeck, LLC will not provide assistance in circumventing Federal or state cannabis law or policy, and advice provided by our office should not be construed as such.