Examining the Non-Waiver Clause in a Contract 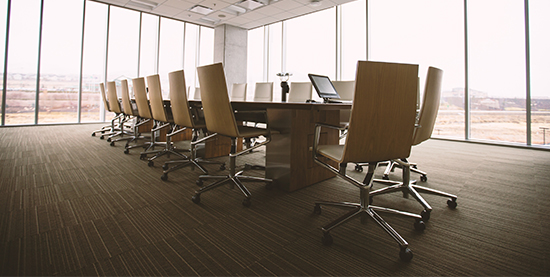 Examining the Non-Waiver Clause in a Contract

Certain contract provisions are found in nearly all business agreements. However, that doesn’t mean that they should be overlooked. Many provisions, including non-waiver clauses, can significantly impact the rights of the parties and should be closely reviewed with legal counsel.

In the legal context, the term “waiver” has a specific meaning. It refers to the voluntary relinquishment or surrender of some known right or privilege. By way of example, waiver may occur when a business declines to charge a late payment fee even though the terms of the contract expressly provide for the imposition of late payment fee penalties.

A non-waiver clause is designed to prevent the parties from inadvertently waiving their contractual rights. In most cases, the provision states that the parties to a contract may not change or modify the agreement unless both sides consent to the proposed change or modification in writing. In the late payment scenario above, a non-waiver clause ensures that the party did not waive its rights to require on-time payments in the future simply because it has declined to enforce its rights to late fees.

As with other contract provisions, non-waiver clauses can be written broadly or narrowly. For instance, some business contracts may be drafted to broadly state that “no breach of any provision of this Agreement will be waived except with the express written consent of the party not in breach.” An employment agreement may be narrowly drafted to state, “The waiver by the Employer of a breach by the Employee of any provision of this Agreement will not operate or be construed as a waiver by the Employer of any other subsequent breach by Employee.”

Despite the inclusion of a non-waiver provision, businesses should be aware that courts are often hesitant to enforce a contract provision that purports to limit the parties’ ability to adapt to changing circumstances. Accordingly, some courts have held that a party can modify or waive contractual provisions despite a provision purporting to limit those abilities. For instance, in Hovnanian Land Investment Group, LLC v. Annapolis Towne Center at Parole, LLC, 421 Md. 94, 25 A.3d 967 (2011), the Maryland Court of Appeals went so far as to hold that such a clause may be waived by implication as well as by express agreement, provided that the parties understood that the clause was waived.

Despite the current trend against strictly enforcing non-waiver clauses, businesses should not abandon including them in their contracts. However, it is important to be mindful that simply including the clause does not ensure that the contract may only be waived in writing. Accordingly, it is important to closely adhere to the terms of the agreement and remember that any actions inconsistent with the contract may be later construed against you.

Are you considering drafting a non-waiver clause for your contract? Would you like to discuss the matter further? If so, please contact me, Michael Jimenez, at 201-806-3364.