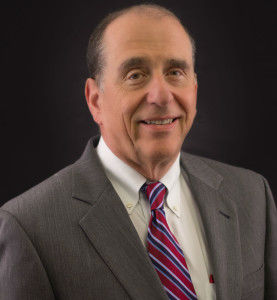 Author: Scarinci Hollenbeck|July 23, 2015
Scarinci Hollenbeck is pleased to announce Partner Joel N. Kreizman, was instrumental in helping our clients, Michael and Robin Hirsch and their family limited partnership successfully obtain an award of $552,693 plus pre-judgment interest in a FINRA arbitration against Securities America. This award represented complete compensation for losses suffered by the Hirsches as a result of their investment in what turned out to be a Ponzi scheme. [caption id="attachment_7180" align="alignright" width="277"] Partner Joel N. Kreizman[/caption] By way of background, the Hirsches had invested $3.4 million with Amper Financial Services LLC, the investment arm of the EisnerAmper accounting firm. Amper was affiliated with Securities America, Inc. (SAI) which purchased securities for the Hirsches. The investments were placed into securitized notes issued by Medical Provider Financial Corporation (Med Cap), which was later deemed to be a Ponzi scheme and closed by the SEC. As a result, the Hirsches lost their entire $550,000 investment. Two related actions were brought against SAI; the FINRA arbitration held in Philadelphia and one against Amper Financial Services, Inc. and EisnerAmper, LLP in Monmouth County, New Jersey. The Hirsches were not the only investors hurt by Medical Capital’s failure and a class action suit was brought against SAI. The class action settled with claimants receiving less than half of their losses but the Hirsches opted out, choosing instead to go to arbitration. According to Mr. Kreizman, “I am pleased that our clients refused to go along with a class action settlement and took on Securities America – and the major law firm that represented it. Because of this, after lengthy arbitration we received an award of 100% of the losses.” “Our clients didn’t back down, even though almost everyone else in the class had settled. It was a matter of principal as much as money; they decided that what was done to them and their family warranted a decision that Securities America breached its duties to them,” Mr. Kreizman continued. The arbitration was held in Philadelphia and Mr. Kreizman was brought in by lead counsel Mark Schwartz to work with him on the matter. In the related New Jersey suit, Mr. Kreizman was successful in getting the New Jersey Supreme Court to rule that Hirsches were entitled to a jury trial instead of only being permitted to submit their claim to an arbitration panel. This decision marked a strong precedent in New Jersey for future arbitrated cases.