Maxell Corporation Prevails on Appeal in a Case brought by Smartfish 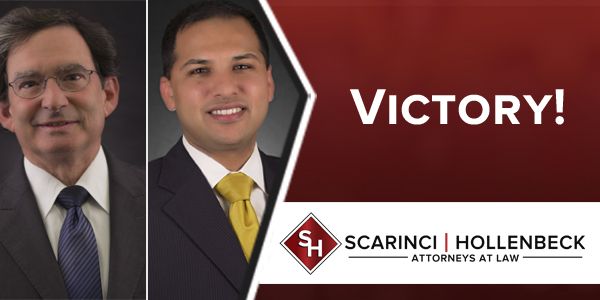 Maxell Corporation Prevails on Appeal in a Case brought by Smartfish

Lyndhurst, NJ – August 2, 2017– Scarinci Hollenbeck successfully prevailed on an interlocutory appeal on behalf of its client Maxell Corporation of America. The appeal included not only a victory in the Appellate Division, but also a successful motion for leave to appeal in the New Jersey Supreme Court, a rarity in commercial cases.

The dispute began in August 2013, when plaintiff Ergowerx International LLC (“Smartfish”) filed a thirteen-count complaint in New York federal court alleging that Maxell wrongfully induced it to enter into a contract for the distribution of Smartfish’s keyboards and mice and then failed to perform under the terms of that contract. The complaint asserted claims for, among other things, breach of contract, fraud, conversion, patent infringement, trademark infringement, and unjust enrichment. On Maxell’s motion, the district court dismissed all but the breach of contract claim, ruling that Maxell’s liability on that claim, if any, did not extend beyond its initial 18-month commitment to purchase the products (Smartfish argued the commitment was a recurring obligation). The district court then declined to exercise supplemental jurisdiction over the matter.

Almost two years later, Smartfish filed a lawsuit in Bergen County Superior Court, reasserting all of its previously-dismissed state law claims, adding a few others, and joining Hitachi America, Ltd. as a party. The trial court denied Maxell’s motion to dismiss on res judicata grounds, finding that the federal court’s dismissal was not an adjudication on the merits and, therefore, the claims were not barred. Maxell moved the Appellate Division for interlocutory review, which was denied. Maxell then moved the New Jersey Supreme Court for interlocutory review, arguing the trial court’s decision “strikes at the integrity of federal judicial power.” In a one-page order, the New Jersey Supreme Court granted the motion and remanded the matter to the Appellate Division.

After briefing and oral argument, on July 26, 2017, the Appellate Division reversed the trial court’s decision and dismissed all claims “with one exception. The breach of contract cause of action can proceed against Maxell, but only as to one eighteen-month term.”