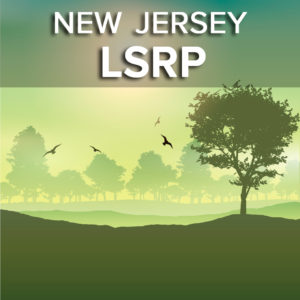 A new Appellate Division decision, Drytech, Inc. v. State of New Jersey, Department of Environmental Protection, Docket No. A-5619-14T4 (App. Div. December 29, 2016) has held that there is no grandfathering of No Further Action (NFA) Letters previously issued by the New Jersey Department of Environmental Protection (NJDEP), and that there can be no waiver of the requirement that a remediating party retain a New Jersey Licensed Site Remediation Professional (LSRP) and investigate areas of concern (AOCs) at a contaminated site.   In the case, the Plaintiff, Drytech, sought a declaration from the New Jersey Superior Court that it did not have to comply with remediation obligations under the Site Remediation Reform Act (“SRRA”) when it triggered ISRA at its site in 2013. Plaintiff’s argument was that it had previously complied with ISRA in connection with three NFA Letters NJDEP had issued for the site and Plaintiff asked NJDEP to waive the requirement that it retain an LSRP to investigate the AOCs at the site and issue a Response Action Outcome (RAO) in light of the previously issued NFA Letters. The Court held that SRRA did not contain any provision which permitted NJDEP to waive a remediating party’s obligation to retain an LSRP following an ISRA triggering event and that NJDEP’s issuance of prior NFAs did not excuse Plaintiff’s obligation to hire an LSRP, as required by SRRA, and SRAA’s requirement that the LSRP exercise professional judgment to determine the remedial action plan for the site.

While this is an unpublished decision, this Appellate Division ruling lays to rest any lingering idea that prior NFA approvals at a site are “grandfathered” and confirms (i) the obligation of a remediating party to hire an LSRP, and (ii) the LSRP’s exercise of independent professional judgment to determine the remedial action plan for a site.

We would be pleased to answer any questions relating to this decision and its effect upon your remediation obligations or cases. If you have any questions contact, John Scagnelli.