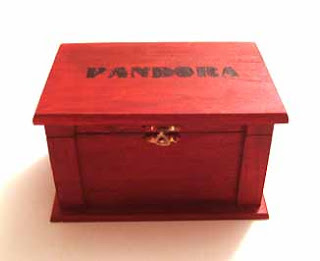 Author: Joel R. Glucksman|December 14, 2011
The other day, I received an email from a distressed colleague. He told me he was trying to figure out the answer to a difficult question related to a "Series LLC." This, essentially, is a special form of a Limited Liability Company ("LLC"). The question he posed is whether or not a Series LLC could file for bankruptcy and, if so, would courts order the property interests held by one debtor in a Series LLC to be used to satisfy a judgment against another. According to my colleague's research, this seems to be the current ruling for courts on matters involving regular LLC's. Feeling his desperation, I decided to look into this matter myself.
The answer to his several questions depends on whether the particular judge--bankruptcy court or civil--would consider that a Series LLC and its various Series entities are separate legal persons, or simply one entity.
For example, Bankruptcy Code §§109(a, d) restrict Chapters 7 and 11 to “persons”, who are defined at §101(41) to include “individuals”, “corporations”, and “partnerships”. “Corporations” are defined at §101(9) to include “associations”, “partnership associations,” “joint-stock companies,” “unincorporated companies or associations” and “business trusts.” This would seem, at first blush, diverse enough to include a Series LLC as a debtor under the Bankruptcy Code. It is, however, unclear if the separate Series within a Series LLC could themselves be separate bankruptcy debtors, or if they might instead have their assets and liabilities consolidated into the bankruptcy of the Series LLC. As stated, the answer would depend upon whether the Series would be considered separate legal “persons” under the Bankruptcy Code.
One final point: Even where entities are considered separate legal persons, federal law provides for “substantive consolidation” of their assets and liabilities in certain cases.
As noted in In re Owens Corning, 419 F.3d 195 (3d Cir. 2005), substantive consolidation can be justified where the movant shows that the entities disregarded their separateness so significantly that their creditors relied on the breakdown of entity borders, or that the entities caused their assets and liabilities to be so scrambled that separating them is prohibitive and hurts all creditors.
I let my friend know about this, but thought it a great question to make a blog post for all of my readers.
To see the article that my colleague wrote regarding this matter, please click here.