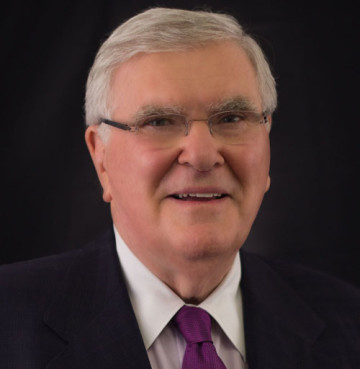 Lyndhurst, NJ – April 27, 2016 – Scarinci Hollenbeck partner Ted Schwartz, one of New Jersey’s most prominent environmental law attorneys, has been honored with the New Jersey Law Journal’s 2016 Lifetime Achievement Award. During his long career, Mr. Schwartz has played an integral role in the practice of environmental law throughout the Mid-Atlantic region.  Today, in his 51st year of legal practice, he remains a key member of Scarinci Hollenbeck’s prestigious Environmental Law Practice Group.

The Law Journal’s focus in selecting the winners of their Lifetime Achievement Awards is to recognize those who have shaped the law in New Jersey, whether through the bench, by assisting those in need of legal services, in building a law firm, or by other means. Ted Schwartz satisfies these criteria many times over.

A pioneer in the environmental law field, Mr. Schwartz today leads a team of attorneys who have more than 100 years of combined experience.  They represent public and private entities in complex transactional matters and before regulatory agencies at the state, federal, and local levels.  Their work includes infrastructure and project development and the remediation of Brownfield and other environmentally impacted sites. In addition, Ted is also frequently called upon as a legal consultant and advisor to various government officials, and is often a guest lecturer at environmental programs sponsored by various public and private organizations in the environmental and energy fields.

On learning of his honor, Mr. Schwartz said “I am truly humbled to receive the Law Journal’s Lifetime Achievement Award, but it would not have been possible without the support of my clients, colleagues, and friends who gave me the opportunity to work for them and with them.”

The recipients of the 2016 Lifetime Achievement Awards will be honored at the Law Journal’s Professional Excellence Awards Dinner on June 15 at the Brooklake Country Club in Florham Park.

For more information on Theodore A. Schwartz and the environmental and land use practice at Scarinci Hollenbeck, please visit www.sh-law.com/attorneys/theodore-a-schwartz/